I was on the trail again by 5:30 am. Ahead of the rest of the group. I was racing to the next shelter to use the privy. I didn’t make it. 😣 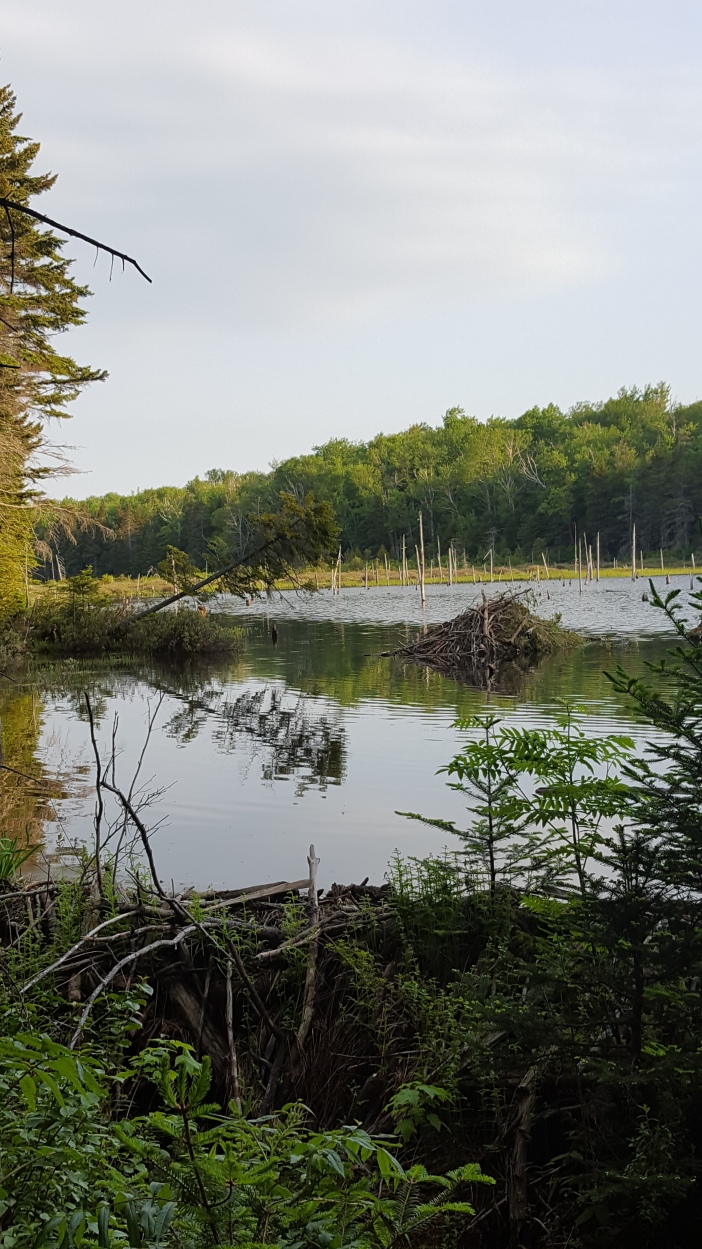 The Flipping Four all left the shelter together and hiked aways together. It was pretty cool to hike in the group. We later separated. SOULFLOWER and I hiked on while HOOTIE and DISCOUNT stopped for water. Then SOULFLOWER stopped to pee. HOOTIE and DISCOUNT catch me then awhile later SOULFLOWER comes cruising up behind us then blows past and leaves us in her dust as she flies up Stratton Mountain. We all watch her with our mouths hanging open as we are huffing and puffing.

We regroup at the top of Stratton Mountain and eat lunch on the fire tower trying to avoid the swarms of black flies.

This is me sitting on the first landing of the fire tower (because that is a high as I will go) trying to avoid the black flies.

I arrive at Stratton Pond Shelter around 2 pm and head down to the pond to get water. I decide to go for a swim. I was covered in sweat, dirt and bug spray. It sounded great and it was. I was so happy to get clean.

As I was swimming in the pond I noticed that some dark clouds were rolling in so I didn’t stay in long. I collected my water and headed back to the shelter. Shortly after getting back it started to rain. It was a very hard rail with hail! The shelter had a metal roof so it was so loud and really cool. I love storms. 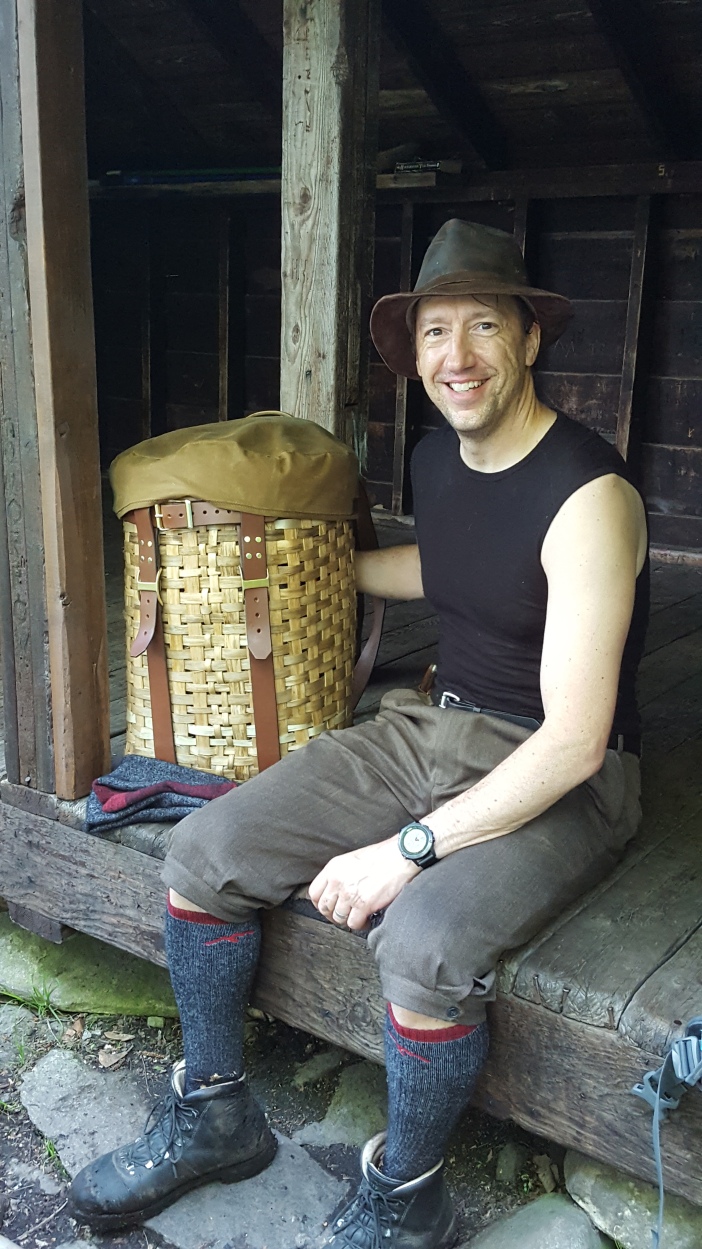 The photo above is if a local Vermonter who is hiking the Long Trail in celebration of its 100th year anniversary. His name is SATCHMO and he is hiking in the same style that the first hikers did when the trail was first constructed.