When we went to bed last night we were the only ones at the shelter, but 2 girls and a dog rolled in just as I was about to fall asleep and the dog decided to give me a goodnight kiss. YUCK! 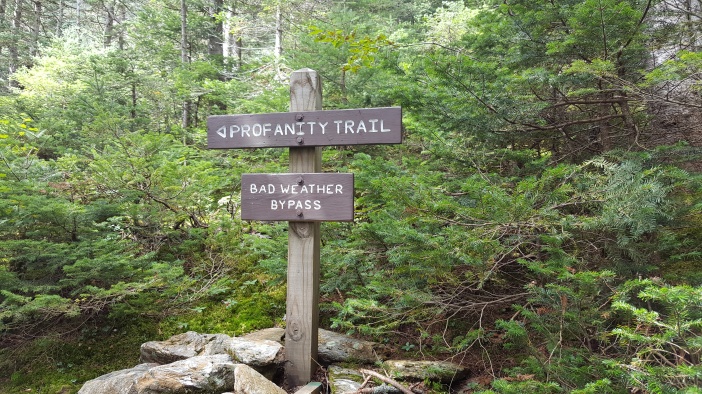 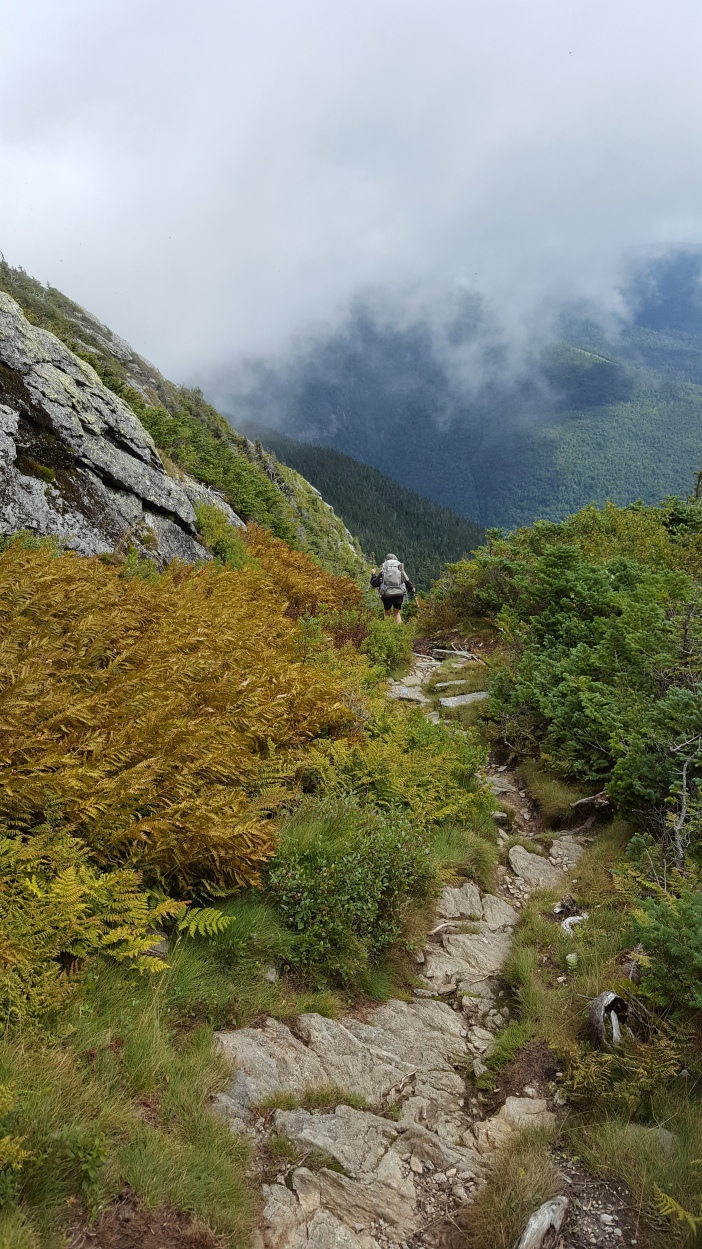 We were up and hiking by 7am. We were climbing Mt Mansfield today. Mt Mansfield is the tallest mountain in VT. The Long Trail has some really steep and expose areas on Mt Mansfield so we took a bad weather bypass trail around the forehead and the chin. We did hike up to the summit on the chin, but we came back down the same way we went up because the going down the north side of the mountain is very steep and exposed and neither of us like exposed areas. We jumped on the Profanity Trail (a bad weather bypass trail for the chin) to avoid the treacherous descent down the chin. Now the Profanity Trail it’s no cake walk and it surely is named appropriately . It was half mile descent over large rocks/boulders that took us 45 minutes to complete. Some of the steps down were so big that you had to sit down and extend your whole leg just to get your tiptoes on the rock below. And this was the bad weather bypass trail!?!?
I would have to say that the Long Trail is like a double dimond of trails. This trail is hard!!! VERY HARD!!!

On our way up to Sterling Pond shelter we meet the caretaker for the area and asked him about tenting at the shelter and he told us that there was no tenting at the shelter but we could tent on the ski slopes just before the shelter. When we got to the top of the ski slopes there was a lodge there that hikers can also camp inside so we decided to just stay inside the lodge. Plus it was warm and toasty inside. Aunt Julie spotted a sofa in the ski patrol room and decided that looked like a great place to sleep. We ate dinner and went to bed early. At about 10:30 a hiker opens the door to the ski patrol room and shines his headlight right in Julie’s face. It wakes her up and scares the crap out of her. He apologizes and shuts the door. Then about 10 minutes after that, a mouse lands on Aunt Julie’s hand that is kinda hanging off the sofa. Now she is really freaked her out. She tucks all extremities into her sleeping bad and is not coming out no matter how much she is sweating in the sleeping bag.

I was laying on the flooring in the dinning area of the lodge. I used the ground sheet from my tent to put on the floor then put my sleeping pad on top of that. The ground sheet is really crinkle-y so I could hear when a mouse would step on it. When I hear them on it I would move around and it would scurry away. I could also hear them going through all our gear during the night. We both hung our food up so they couldn’t get to it.