This is the first  time that I didn’t have to get up during the night to pee. YEAH! I’ve learned to limit my drinking late in the day. Peeing in the woods is very messy when you have to do it a lot.

When we woke this morning it was 53 degrees in the tent. I thought it was going to be colder since the wind was so strong while we were sitting around the fire. We could also hear strong gusts whenever we woke during the night. When I climbed out of the tent it wasn’t too bad.
I’ve been sleeping really well at night. I have been putting my sit pad under my sleeping pad directly below my hips and I no longer wake up during the night with aching hips and don’t have to keep rotating from side to side. 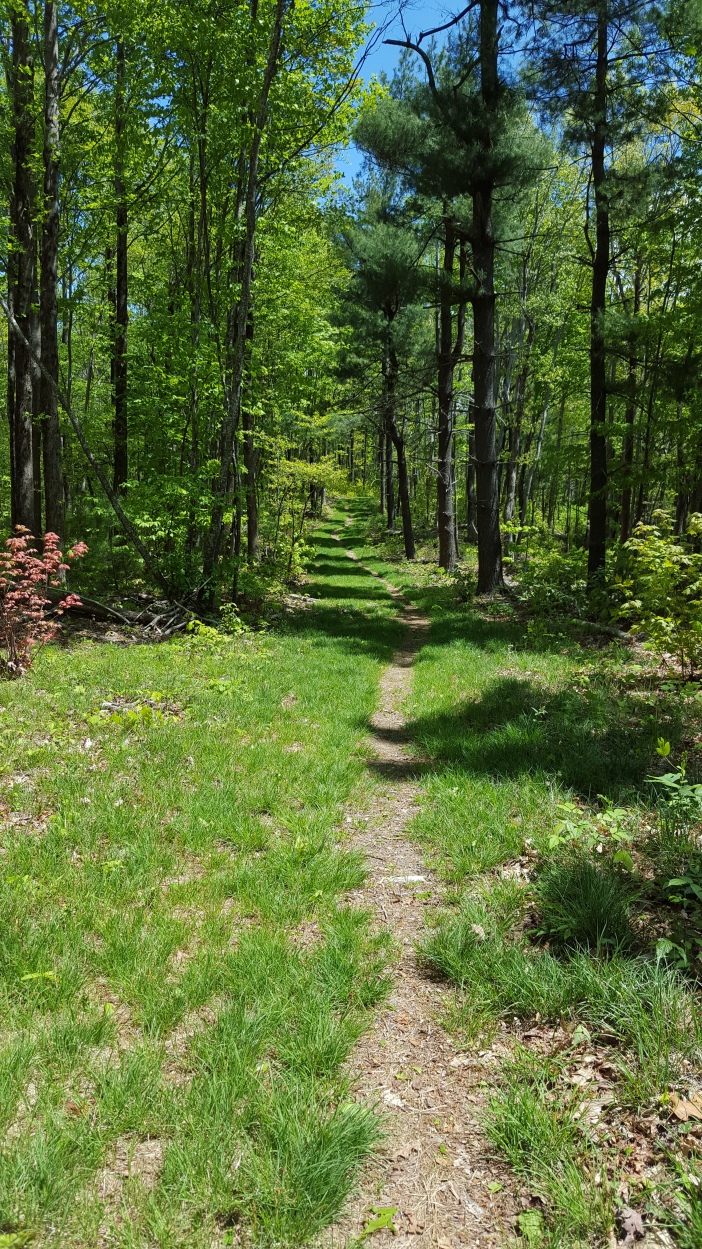 When I got to this grassy area, I just wanted to sit down and enjoy the sun and view for a while, it was so beautiful, out of the wind and warm, but Jim was ahead of me…again. And I was playing catch up. So on I went. 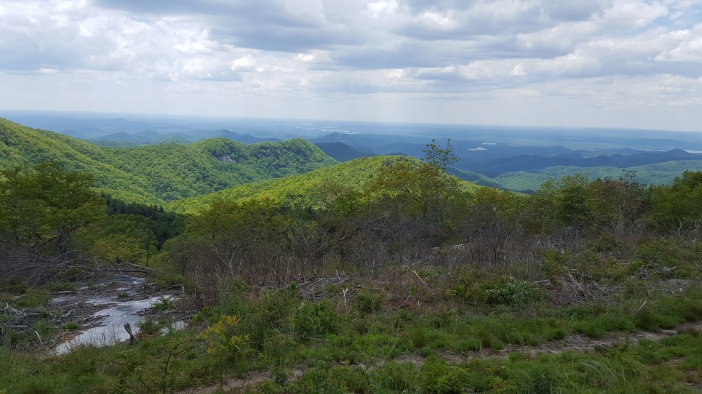 Jim reached the summit of Sassafras Mountain before I did and he was the one who thought I would be beating him. He does better out there than he thinks. 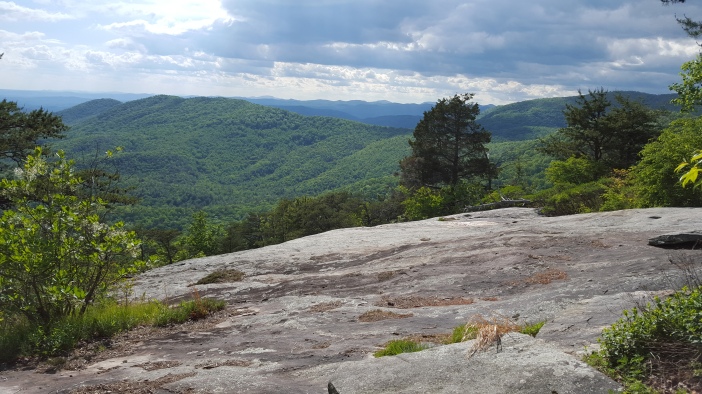 We have over 19 miles to complete to finish the trail and we didn’t think we could do that in one day since it included climbing Sassafras Mountain (highest peak in SC). We planned to do a 14 mile day then finish the last 5 miles on Saturday. Well, the plans changed… When we got to the campsite we planned to stay at it wasn’t that great and didn’t have a good flat spot for the tent so Jim wanted to finish the trail tonight. I on the other hand was ready to be done for the day. It was after 4pm and I was hungry. I told him that if he wanted to continue I was going to have to eat dinner. So we cooked dinner, ate then set out at 4:40 to finish the last 5.2 miles.

Jim nearly killed me on those last few miles. We still had one more peak to climb and a very long steep decent to finish the trail. I started out in front down the trail, but later gave up the lead to Jim. I thought he would be able to choose our path down the mountain quicker than I was and the sun was starting to set. Once he took over the lead we were flying down the mountain. I’ve never seen him move so fast. He set a crazy fast pace and I had to be very careful and watch every step I took to prevent having an accident. It was not a safe pace we were traveling! He was a crazy man who hadn’t showered in 5 days and was heading for a shower. He was determined to get a shower tonight.

As we were nearing Table Rock State Park. Jim saw a sign for Table Rock and started in that direction which was…to climb Table Rock Mountain! Luckily there were some other day hikers there and they let us know that we were heading up the mountain rather than into the state park. That would have been awful  if they hadn’t caught us and we ended up going up the mountain!

So here we are in a hotel all fresh, and happy to be clean again, 5 days of body odor washed away.