The rain started last night. It was not good timing since I needed to pee. It continued on and off during the night and it sprinkled some as we were packing up camp but we stayed pretty dry. 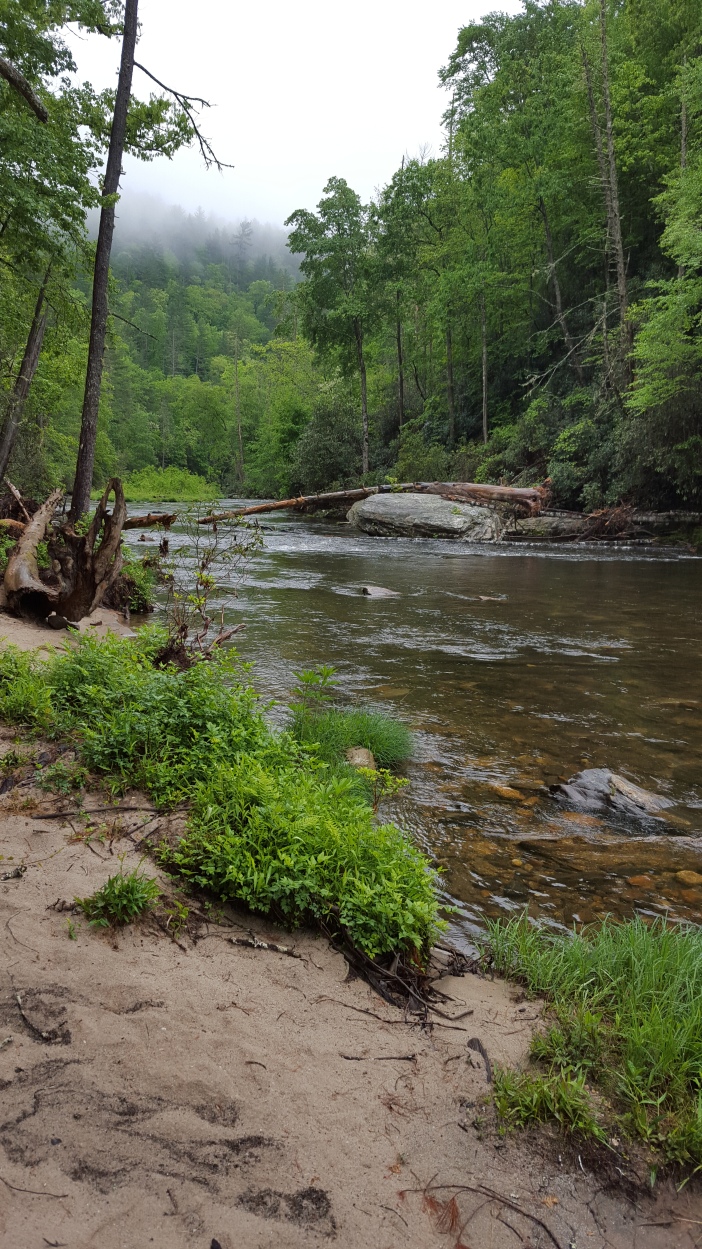 I saw a beaver for the first time this morning that Jim pointed out as well as a chimpmunk. We have seen some great wild life on this trip. More than we have seen on any other trip we have done. 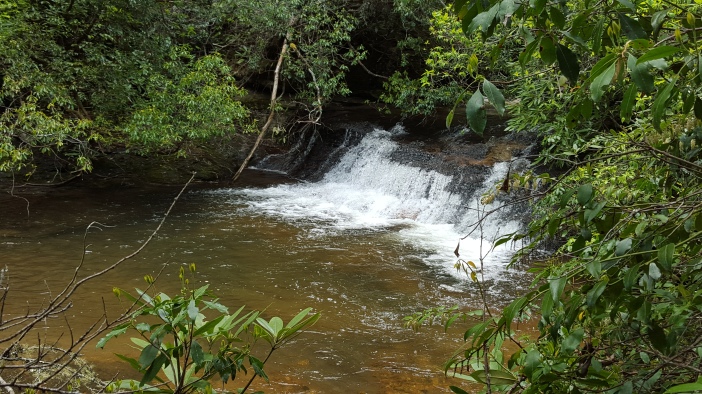 I have to confess I got a little whiny this morning as we were hiking up a mountain. Do you ever wonder what a hiker thinks about as they hike mile after mile? Sometimes they are not happy thoughts!
I was swearing the mountain this morning because my butt cheeks were burning from exhaustion. Then my arms started to fatigue because I was trying to push myself up the mountain with my treking poles. I wanted to take a break and rest but Jim was long gone. He powered up that mountain. I think the few times I did lunges in the last week and half was not enough to prepare me for this trip. I should not procrastinate so much about doing some weight training because I was paying the price today.
Then I had to pee. I always have to. pee. I think the hip belt from my pack presses on my bladder.
Then I had debris in my shoes. Again! Ugh!
Then I was hungry. I ate a Larabar, but couldn’t hike and eat at the same time because I was going up a mountain and was breathing hard which was making my nose run. So I  had to stop to get my heart rate down so I  could eat and breath at the same time without making my nose run.
I continue on but my pack feels so heavy and is hurting my hips and shoulders. I want to stop and repack it, but just hike through the pain.

Finally I see Jim.  Woo-hoo! He is waiting on me. I was so happy to see him. I drop my pack eat another Larabar. Yes, two of them with in an hour. Yes, all 37 gram of sugar. I drink some water, pee, repack my pack and now I feel great and powered through the afternoon on a sugar high.

After all that complaining we had a great weather day. It was partly cloudy and cool. I didn’t sweat much at all today. it was perfect weather for a hiker.

We only saw one hiker on the trail today. A solo female backpacker who looked to be in her late 20’s.
We are camped for the night on a side trail off the Foothills trail. It really stinks when you have to hike off trail to camp. Extra miles that don’t count towards the total goal. Plus it is a dry camp,  Meaning there is no water here so we had to pack it in with us. And water is heavy. I was carrying a extra 5 lbs of water.
We end the day with just under 13 miles. I  do have some sore muscles., but it is minor. I did some stretching throughout the day and this evening and that helps. I’m really happy with how well my feet are doing. Usually they will ache from carrying a 20 pound for 8 hours a day over roots and rocks that cause your feet to slide all over the place. I’ve been walking a lot at home and that has made a difference. Jim’s feet are aching,  but it’s no different than before he started the trail.  I think he has some plantar faschitis issues. On a good note he has not had any blisters which have been his biggest issue in the past. I think we have finely got his socks and shoes tuned into what works best for him.